Multi-instrumentalist Brigid Kaelin has been a guest on NPR's A Prairie Home Companion, the BBC, has traveled the world doing speaking engagements as well as music performances. She’s played accordion, musical saw and sung with Elvis Costello many times, tours Europe at least once a year, yet remains a staple performer  in Louisville, where she has received multiple "Best Singer/Songwriter" awards.

She's recently partnered with sonablast! Records to release a succession of singles over the next year, culminating in a new album. The first release is out December 10, 2021, and is called "18 Months Later."

Brigid writes the popular blog, The Red Accordion Diaries, where she overshares her adventures in music, travel, whisky and motherhood. She recently turned down a dream role in a national-touring Broadway show in order to care for her dying mother and wouldn't change a thing about that. 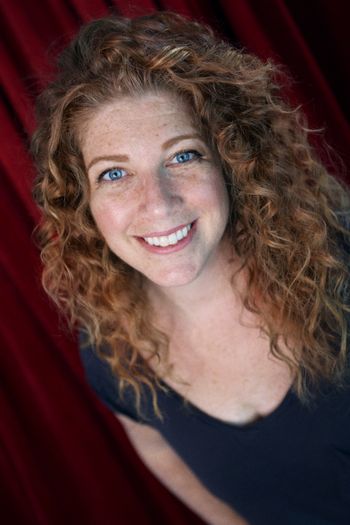 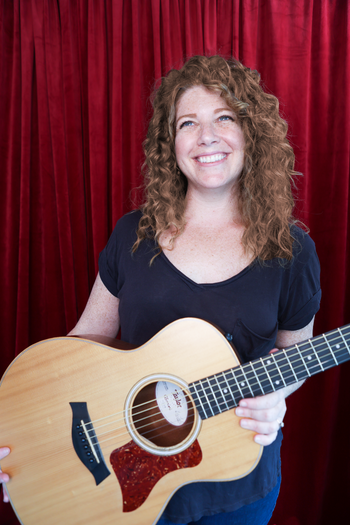 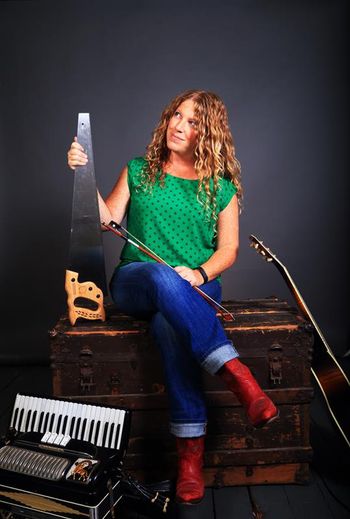 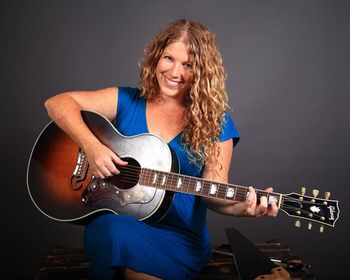 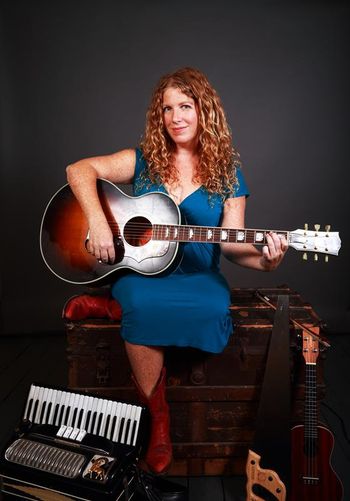 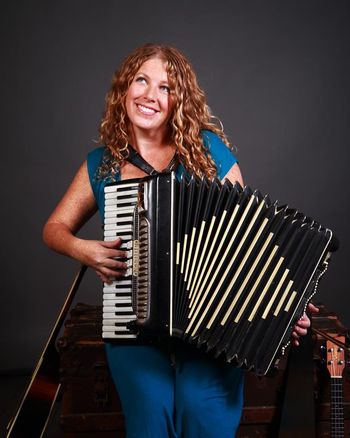 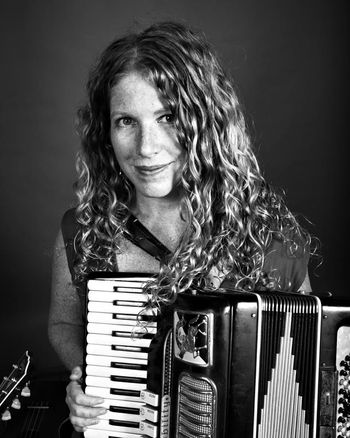 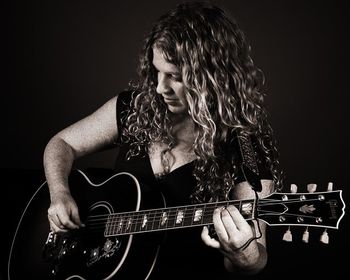 Just months after completing breast cancer treatment, Kentucky musician, artist & writer, BRIGID KAELIN, is partnering with sonablast! Records to release new music. “18 Months Later” is the first of many streaming singles coming over the next year, and it is available on DECEMBER 10, 2021.

This first song is a departure from the lighthearted novelty songs (“Future Mr. Used-to-Be,” “Mazel Tonk”) that many associate with Kaelin. “18 Months Later” is an introspective, piano-driven tune -- a melodic mix of melancholy and hope. It was engineered in Louisville by Grammy-nominated Steve Cooley and features Kelsey Lee (Southern Sirens) on percussion.

“Sometimes you have to write away the trauma,” says Kaelin. “‘18 Months Later’ was written during that unknown period when I was caring for my mother, who was living past her prognosis. Now, in the midst of a pandemic, I think a lot of people understand the struggle of not being able to make plans, but also just being wildly grateful to still be here.”